We decided on a Summer family holiday in Taupo this year.  It mean’t a ferry ride rather than a plane flight, and a huge roadie to get there.  In fact, the roadie was so big that if we were flying, we’d be in Singapore by now!  Luckily most of us like road trips.  Those that don’t just hunkered down for the big day with ipods, ipads and pillows.

We got up at 5.50am and were on the road at 6.45am.  I was half expecting issues getting 5 kids up and moving (on a school day, it’s damn near impossible even with an early night and a later wake up call) but when a holiday is on offer, they are rolling out of bed even before their eyes are open.

We’d packed the night before with clothes out all ready to be climbed into, so it ended up being quite painless.  All kids were fed, watered, and organised.  We stopped at the McDonalds drive-through, to just top up the tanks with hash browns.

Two hours later we were in Picton where our two car convoy met up with Mum and Dads at the check in area.  We were parked on the rail deck on the Aratere ferry, and were the first in (and first out which was awesome!). 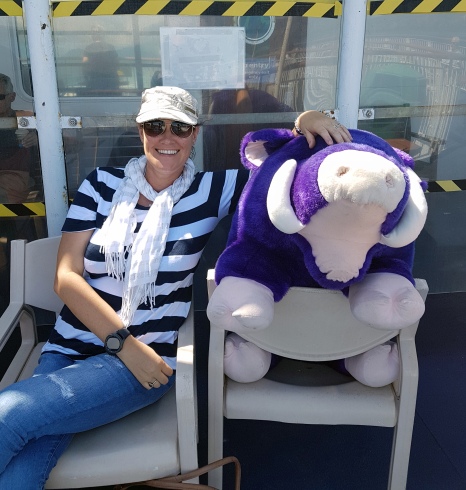 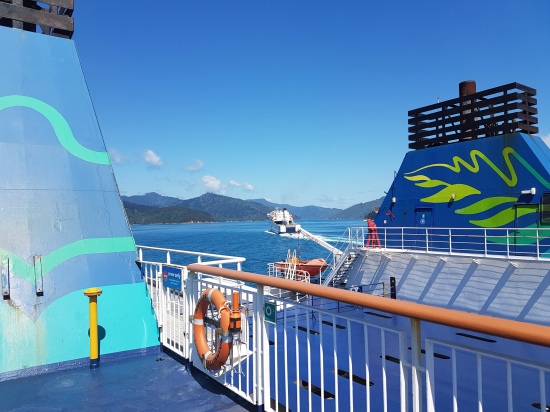 The kids were super excited, Riley and Tobi hadn’t been on the ferry before and Caitlyn, Amber and Zach were excited to be going again with the boys for their first time.  The general rule on the ferry to the North Island is that if the winds are northerly, you’ll get smooth, calm seas, even if it’s windy.  If it’s a southerly, watch out.

Luckily for us, it was a northerly.  Mild swells of 1 metre.  No problem.  We went straight upstairs to the back deck and watched as the horn sounded and we departed.  Then Jase and Craig took the kids to get something to eat (because they’d gone two hours without food, heaven forbid!).

We sat on the deck for the majority of the crossing, with various wee groups going off to explore at different stages.  Mum, Tracey, Caitlyn, Amber and I went down to get cups of tea for everyone at one stage and it felt quite rough downstairs.  We were lurching from side to side, and it instantly reminded me of Jason and my disastrous cruise.  In that moment I remembered why I said I’d never do another one…  and these were only 1 metre swells!  I used to have fantastic sea-legs but as I’ve grown up (gotten older, crustied, matured, wrinkled…..), they’ve fallen by the wayside apparently.

If you haven’t been on New Zealand’s Interislander ferry, then I urge you to make the trip…..  It’s not travel, it’s an experience. 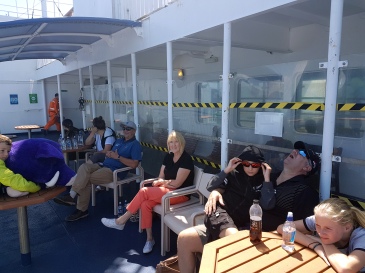 The first ten minutes of the Picton ferry journey takes you to the entrance of the Grove Arm, at the end of which you’ll see Anakiwa in the distance. Here the Cook Strait ferry swings right and enters the Queen Charlotte Sound.  With the hills of Marlborough surrounding you and the sheltered waters calm and placid, sailing through the Marlborough Sounds feels more like cruising along a large river.

After passing Allports Island and a number of huge bays on the left, the Interislander’s route through the Marlborough Sounds takes a sharp right turn around Dieffenbach Point and begins its journey through the Tory Channel.

The initial turn in to the Tory Channel is a broad 90° swing from northeast to southeast. Shortly after, the ship will swing 90° back to an east heading. The Cook Strait ferries like to pass in this section, we passed one here and one further on.

You’ll also pass some King Salmon farms midway along the Tory Channel. These will appear as large square platforms, which the fish are bred inside. Shortly after these, the Picton to Wellington ferry will turn and head north towards the end of the Tory Channel

Sailing out of the Tory Channel is an event you should definitely be outside for. If you are on Kaitaki or Kaiarahi, then take a starboard spot (on the right-hand side of the ship). If you are on Aratere then you can stand on the bow and watch it all unfold.

The exit to the Cook Strait is invisible as the ship travels along the Tory Channel and it seems as though the ship is sailing into a dead-end.  The Cook Strait exit becomes visible quite late on and is very narrow.  The exit requires yet another 90° turn, which makes the ship’s course all the more dramatic.

It’s a beautiful journey, and well worth the time.  It’s good value for money too, with passenger only fares starting at about $38.00 per person.

On our arrival into Wellington, we were asked to go down to our vehicles and wait.  It was only a matter of about 10 minutes and we were on our way, heading north.  We’d decided to stop in the Kapiti Coast area to give the kids some lunch (more McDonalds, I know, parents of the year award right here!), but realised as we headed along the brand new highway, that McDonalds had disappeared down an exit.  Sorry kids!  We ended up stopping another 30 minutes down the track at Levin to feed 5 ravenous mouths (have I mentioned how much they eat?!).

Mum and Dad were about 45 minutes behind us as they’d stopped at Parliament on the way out.  The weather was deteriorating as we headed north.  We drove through a spectacular cloud formation at Taihape followed by an impressive cloud burst.  I do love a good storm!  It cleared within about 10 minutes leaving us with a pretty good view through the Desert Road, one of my favourite parts of this fabulous country.

The Desert Road takes you through the Central Plateau and the main feature (well, for this die hard volcano fan anyway) are the awe-inspiring volcanoes in the area.  Mt Ruapehu is magnificent, it’s sheer size and imposing power are apparent as soon as it comes into view.  Next up is the beautiful cone shaped (quintessential volcano) Mt Ngauruhoe.  This is basically attached to the historically grouchy Mt Tongariro, a beautiful beast that is visible from Lake Taupo, where you can often see steam venting from.

Ngauruhoe and Tongariro are technically the same volcano, but with separate distinctive vents, however they’ve always been classed as separate volcanoes.  The Central Plateau volcanoes are part of a much larger volcanic field, that in pretty much a straight line, include Mt Taranaki, Mt Tarawera and White Island.  All different and fascinating in their own rights.

We stopped at the look out and took some photos.  It was such a shame that Ruapehu’s rugged top was shrouded in cloud, but the rest was stunning.  The desert landscape is spectacular.  The army use this whole area as a training ground, and many movies have been shot here including parts of Lord of the Rings.

The land is barren, covered in ash from various eruptions over the years and the weather in the area is extremely inhospitable, from the heavy snow in winter, to the harsh winds in summer.

As I mentioned earlier, Mum and Dad were a wee way behind us.  They called to let us know they had just missed a fatal accident.  In fact, they were only 4 cars behind it, when an impatient driver had overtaken a logging truck and collected two vehicles going the other way, who had then hit the truck and rolled it, logs everywhere.  One of the innocent drivers lost their life.  All because of impatience.  Why, Why, Why do people not realise that their vehicles are weapons?

Anway, don’t start me on that.  I have lots of idea’s on punishments for being an idiot.  And many more idea’s if those idiotic actions harm someone else.

I digress….  So, Mum and Dad had to wait about half an hour before the emergency services all arrived, and were then detoured around the crash site before heading north again.

We arrived into Taupo at about 6.30pm and checked into the Lake Taupo Holiday Resort.  What a fantastic place for kids!  I’ll tell you more about the resort tomorrow.  Once settled, we jumped online (free wifi at the resort too!) and ordered Dominoes pizza’s.  They arrived within about 20 minutes and were devoured in the time it took to order them.  Luckily there were a few pieces left for Mum and Dad when they arrived.

11 weary travellers were tucked up in their beds, in dreamland by 9.30pm……  Looking forward to exploring tomorrow! 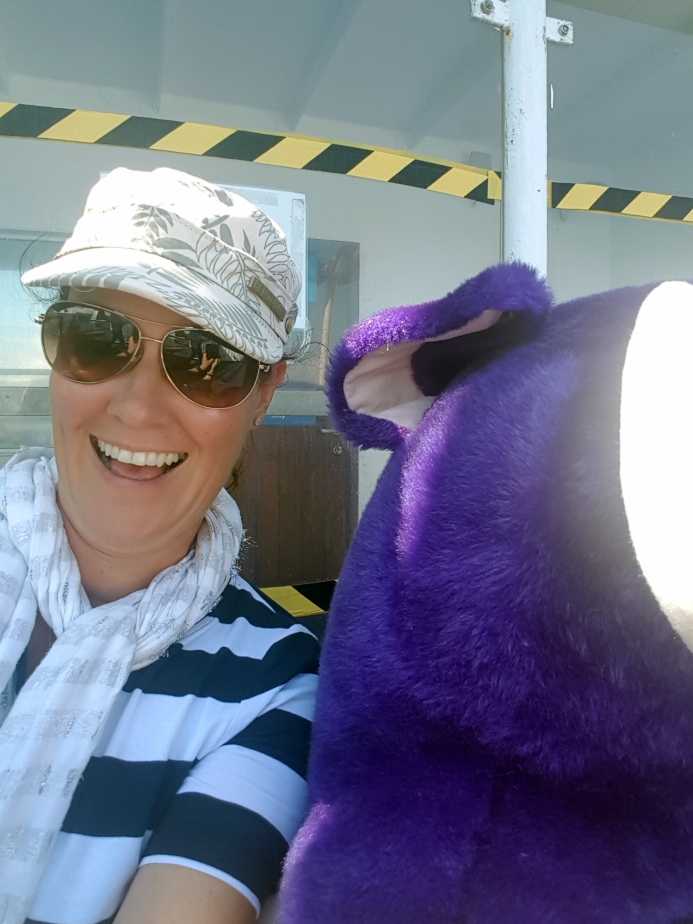 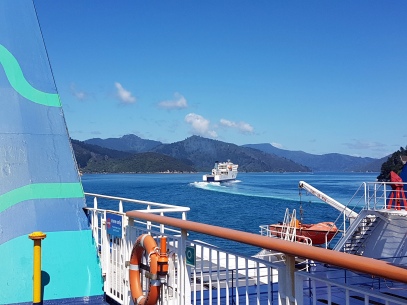 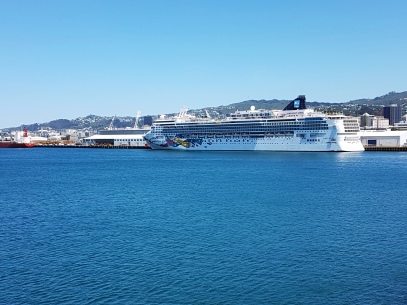