We both had a great sleep last night and woke up about 7.30am feeling much refreshed.

The Tanoa is a large hotel close to Nadi Airport.  It’s a fantastic option for a quick stopover when enroute to the outer islands.  Our family always used to stay there until we discovered the delights of Denarau Island, but for old times sake, I wanted to stay here again and in the future this will be my choice.

For roughly NZD$112 you get your nights accommodation and buffet breakfast for two people.  There are plenty of inter-connecting rooms if you have the kids with you too.  The rooms are spacious and cooled by both fan and air conditioning units.  Since I was last there, the pool area has been modernised.  The fake grass around the pool is gone, replaced with lovely sandy coloured tiles, big tables and chairs with umbrellas, and lots of deck chairs. 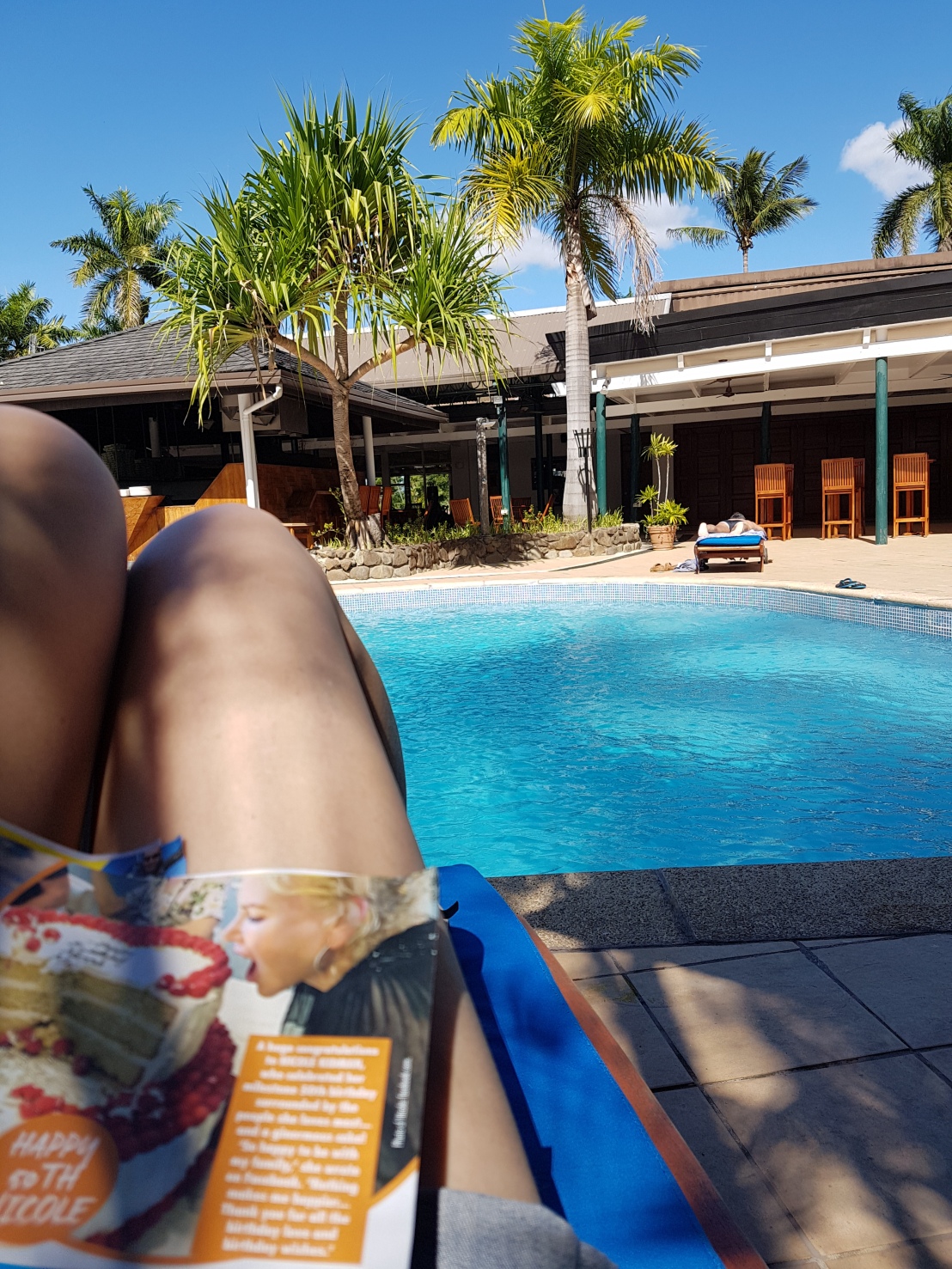 There are now three restaurants.  The original, a poolside fresh food cafe and a Japanese restaurant.

We had breakfast and then packed up before checking out.  The hotel kept hold of our bags and we spent the morning by the pool sipping on coke zeros (I didn’t have much as I knew there was no toilet on the plane and if that’s the case, I automatically need to go!).  Lunch was chicken tikka masala kebabs with salad and naan bread, a selection of dipping sauces on the side. Very tasty!

The Tanoa transferred us back to the airport at 12.45pm.  The check in for domestic flights is 90 minutes which is a bit of an overkill.  There is one small terminal, however it’s fairly new.  The last time I flew domestically over here, the counters were just down one end of the international building. 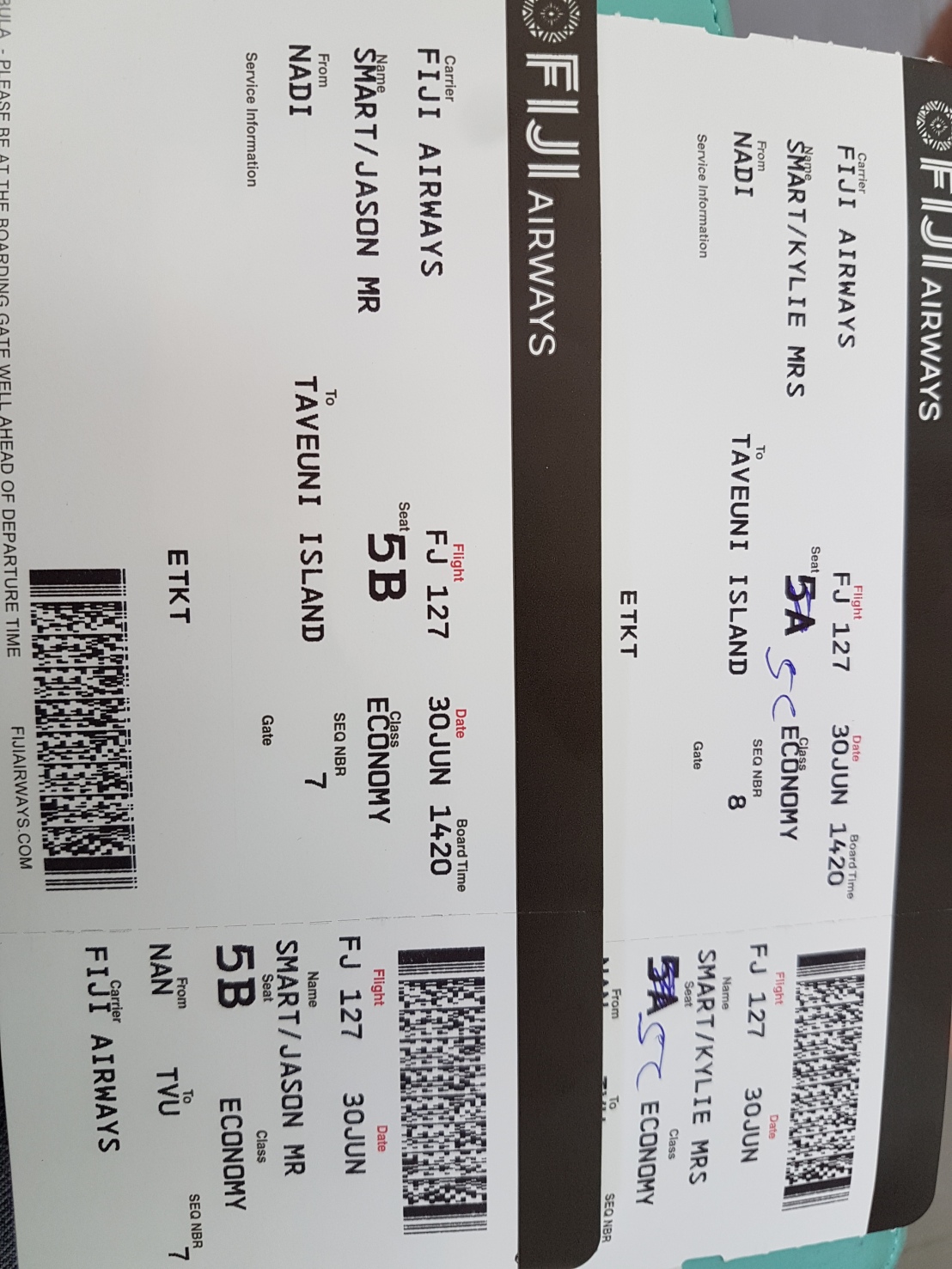 We watched a couple of flights depart, one to Labasa, and one to Savusavu, before we were called (20 minutes before departure but in Fiji, once everyone arrives, you just go).  It was really windy walking out onto the Tarmac.  My heart was pounding so hard and I felt quite terrified.  There are only two moments when I’ve felt that scared in recent times, firstly during the Christchurch earthquakes and secondly when I had my surgery last year.  My palms were sweating and I was shaking.

The plane was a de havilland dhc6.  Made for short take offs and landings, no toilet, tiny seats, a cockpit you can see and what looks to be a corrugated tin roof.  These particular planes have been flying this route for over 40 years, ancient in aviation terms.  When I saw inside, I didn’t want to go anymore.  I climbed in and took my seat, Jase squeezing in beside me.  It was so cramped there was nowhere to put my handbag and I started panicking again.  I stood up, forced the bag down the gap in front of my seat and perched my feet on it.  There was nothing to hold onto, so I grabbed Jason with one hand and the seat in front of me with the other.

The pilot had a quick chat and mentioned going down, with a laugh.  Soooooo not funny for me at that moment. He then sat down, started the plane (it felt like a car that he just turned the key with) and off we roared being airborne within about 15 seconds.  As we climbed, it was bumpy and rough, but more like a roller coaster, big waves up and down.  I was so petrified I couldn’t physically make my mouth answer Jase when he tried to talk to me, I just clung on and stared miserably out the window.

Viti Levu, the main island, is huge.  Much bigger than I thought it was, it took 45 minutes to fly over it.  There is so much space in the middle with small communities dotted in the mountainous landscape.  There were lakes and dams.  I relaxed slightly when we levelled out and the bumps calmed down.  We continued for another 40 minutes over the sea and islands, and saw lots of azure coloured reefs.  It really was beautiful.

I was so relieved when we started our descent although of course we still had to go through that bumpy layer again, just as bad as on the way up.  Landing was awesome as it meant I could now get off and I couldn’t get off fast enough I must say.

The airport on Taveuni is a wee thatched roofed shack that has not changed since it was built in the early 70’s.  It’s very quaint.

Our host Do (short for Dorothy I believe) met us at the gate and drove us the short distance back to the Taveuni Island Resort in her 4wd.  We arrived to a welcome mocktail and the staff singing for us.

Before being shown to our bure, we were told about the resort and how it works.  The water is safe to drink as it comes from a fresh artesian spring.  When I tried it, I have to agree that the water is beautiful.  The island grows all of its own produce so the meals each day are fresh and there are not a lot of processed foods.

The owners, Do and Rick, visited Taveuni from Auckland 40 odd years ago and loved it so much they packed up and moved here, starting up a dive boat operation before gradually building their resort over 20 years.

They raised their kids here, who, after attending boarding school and travelling overseas have all (bar one) come back to settle on the island with their partners and children.

Two of the boys purchased land and have set up a farm that the family collectively runs.  It supplies the resort, the island and a couple of sand islands nearby.

They have a crack at any fruit or vegetable they can get their hands on, it’s pretty awesome really.

We were taken to our bure and it’s stunning.  Absolutely huge for accommodation.  The massive covered deck overlooking the sea beckoned me instantly and the afternoon flittered away as we dozed in the sun and just relaxed to the sound of gentle waves caressing the sand down below. 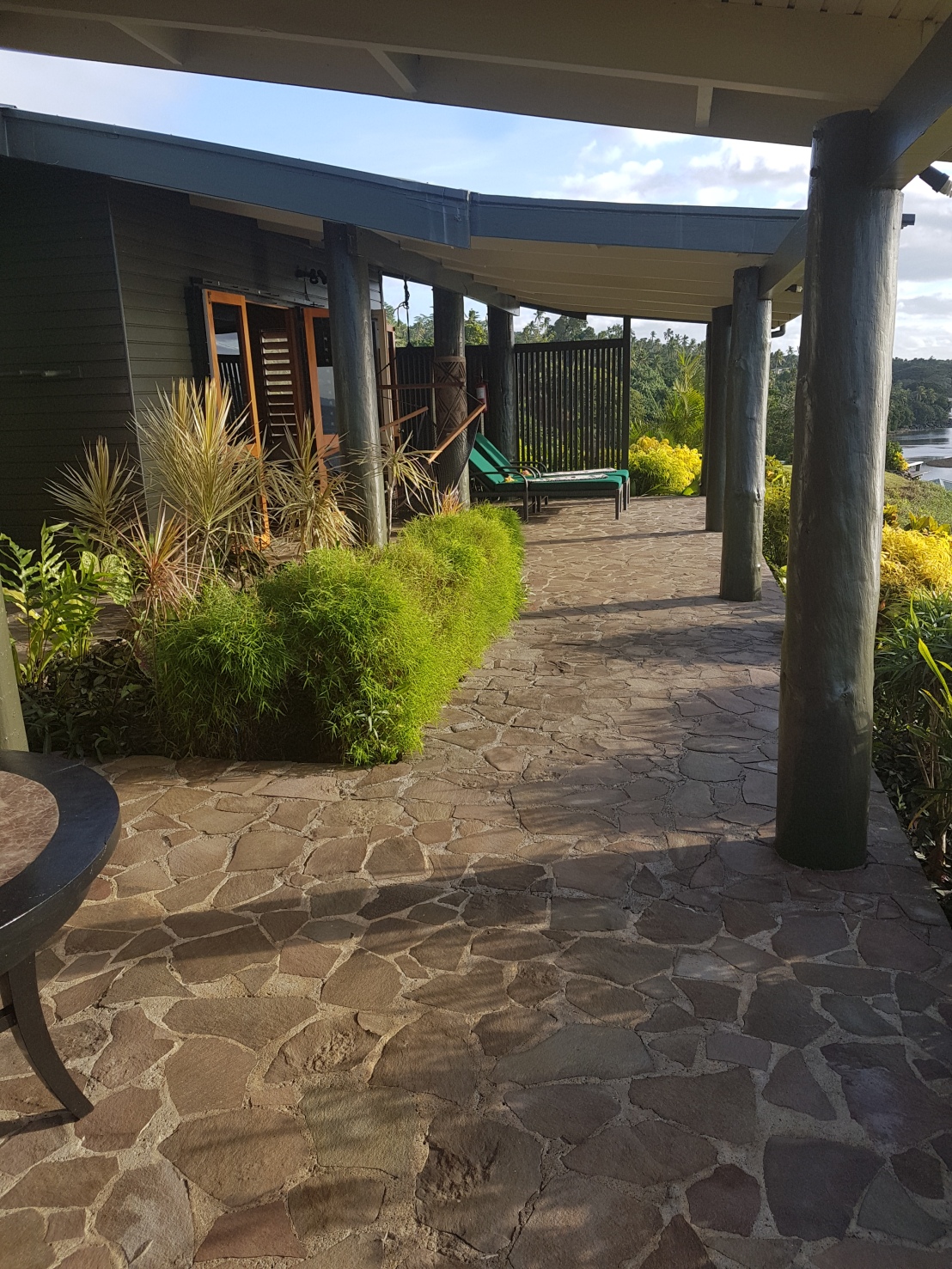 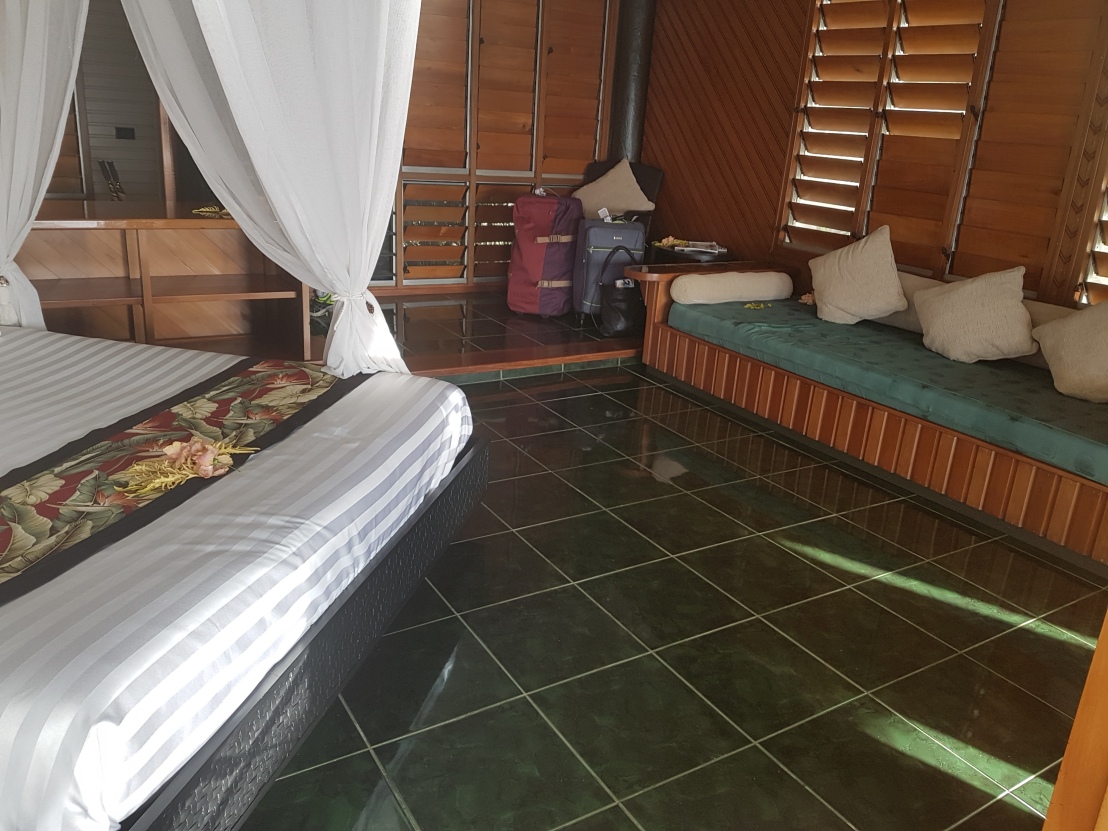 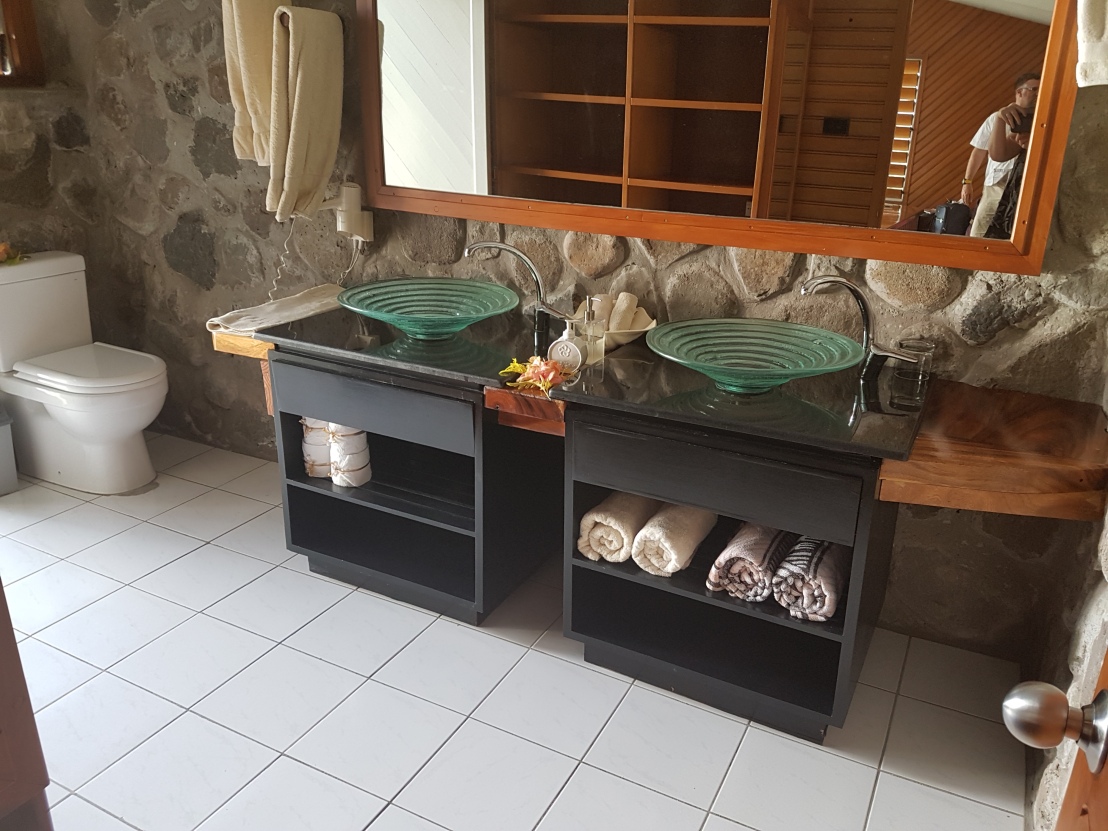 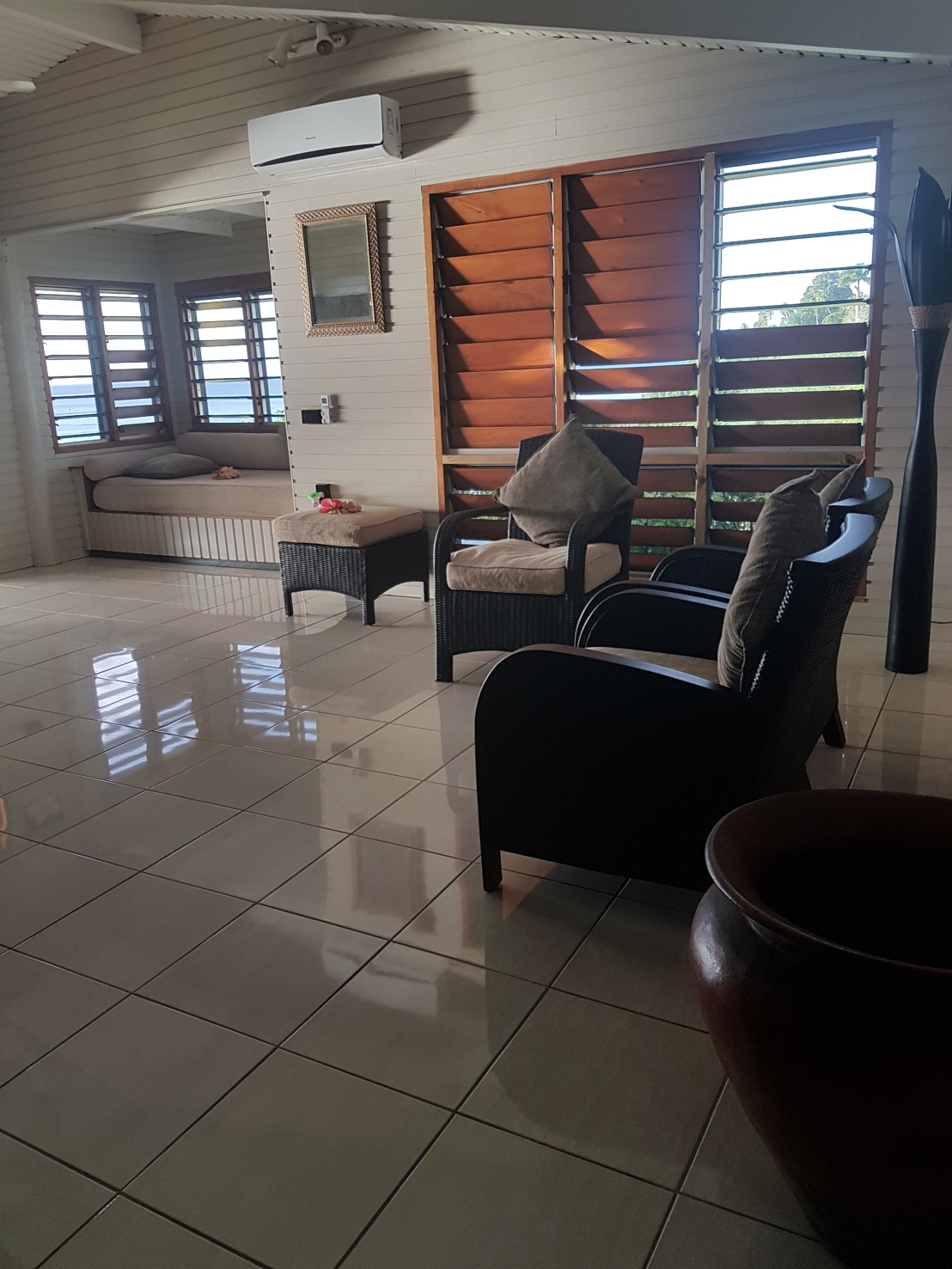